Vegan Tacos? Jackfruit carnitas? Fort Worth Dine In Hooks You Up! 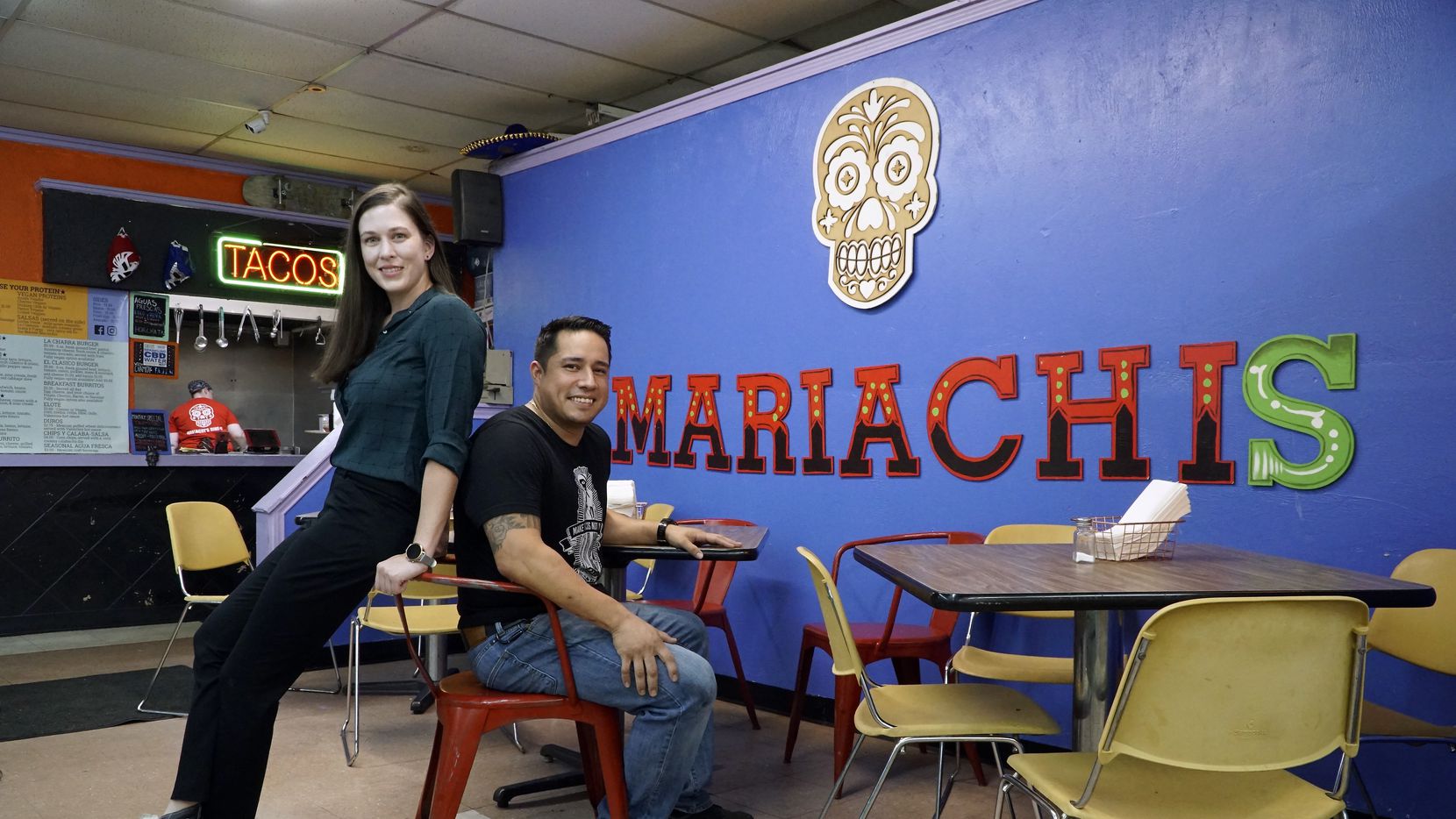 Most Dallasites wouldn’t drive to Fort Worth for tacos, but for vegans, since the options are limited, a good taco can be worth the drive.

Tucked in the corner of a gas station convenience store less than 3 miles from downtown Fort Worth, Mariachi’s Dine-In serves an extensive vegan menu. These aren’t your usual grilled veggie tacos with red and green bell peppers and corn. Mariachi’s Dine-In vegan tacos successfully imitate the flavor of al pastor and carne asada without charging $3-plus for them. 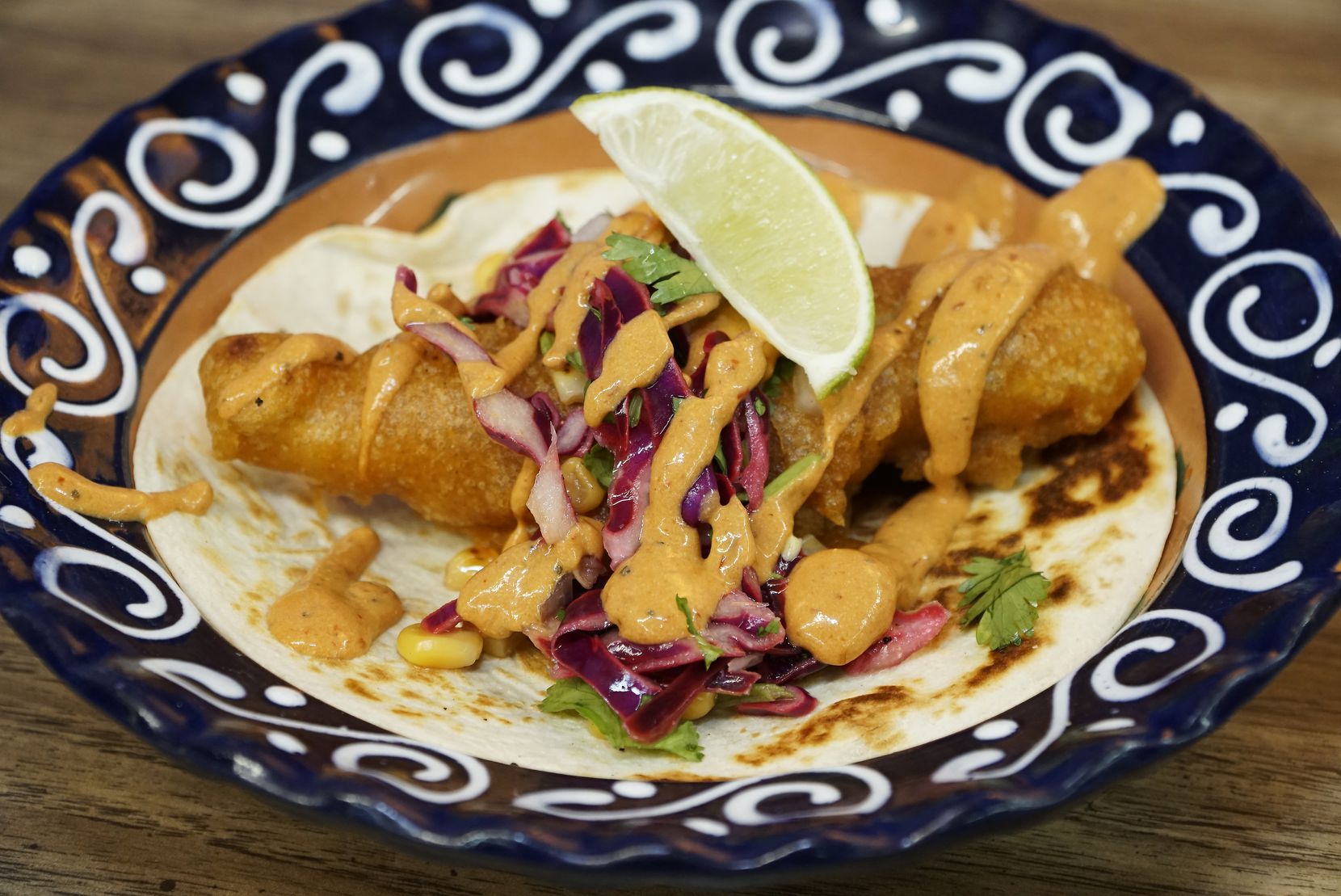 Ashley Miller, 31, owner of the restaurant, along with Angel Fuentes, 33, chef and managing partner, opened Mariachi’s Dine-In in July 2018. Both come from the service industry and had considered starting their own restaurant for a few years. Miller was a craft bartender and Fuentes worked as a line cook and server.

Mariachi’s Dine-In came to life when Fuentes’ brother told them about a kitchen for rent inside a gas station on Sylvania Avenue.

The restaurant serves the best of worlds. It offers a generous and tasty vegan menu along with non-vegan options.

“We’re in the hospitality industry, and if you want to be truly hospitable to people, you want to be able to serve everybody with both diets,” Miller says.

A royal blue wall to the right of the store that reads Mariachi’s will probably catch your eye upon entering. Mexican wrestling masks decorate the order window.

Portraits of popular Mexican figures such as artist Frida Kahlo and comedian Cantinflas hang from the short wall that separates the 22-person dining area from the rest of the convenience store.

Aside from the popular street tacos, Mariachi’s also serves tortas, sopes, elotes and breakfast burritos all day. Any vegan who misses indulging in tacos can fill that void at Mariachi’s Dine-In.

Fuentes says they weren’t really planning on a vegan menu or even expanding it to what it is now. After Miller told Fuentes to try and make vegan pastor one day, they sampled a few of those tacos for free and got a good response.

The first vegan option was a taco filled with grilled nopales (cactus), onions, cilantro and potatoes topped with guajillo sauce. Shortly after came the soy-based pastor and chorizo followed by asada and hickory chicken.

What makes their vegan proteins memorable is the marinade, not the imitation of a meatlike texture, which is often the focus of expensive brands like Beyond Meat, now available at chains such as Taco Cabana.

“It’s been awesome to see families where there's three vegans and four meat eaters come together to eat,” Fuentes says.

Aside from serving their clients at the gas station, Miller and Fuentes cater at pop-up events around Fort Worth. Those events, plus a social media presence, have allowed them to draw crowds to their small restaurant.

“We want to make sure our customers have a good time even if they are at a gas station,” Miller says.

If you’re feeling adventurous, take a road trip to the west side of town to enjoy good vegan tacos, just don’t do it on a Sunday or Monday because that’s when they’re closed.